So it would appear the crocheting is taking over my life. It’s not a complaint, I love it, as I have mentioned in the past, it’s just that there’s not enough hours in the day to do it all!

I had a week off work last week and spent every single day hooking away.  I met up with a friend who wanted to try amigurumi after seeing a beautiful weather mobile in a magazine.  I decided the best way to show her was to make one too!  We started off making the raindrops and she picked it up really easily.  I decided to make two more raindrops, with one in a darker blue just to mix it up a bit.  The cloud was worked in rows and sewn together. Mine didn’t exactly match up, but I think I made it work.

I really wanted to add a rainbow and seeing as I had every colour of the rainbow in yarn, I decided to have a go.  I found a pattern on Rainbow Valley for an applique rainbow, but decided to make two and stitch them together so I could stuff it.  It was really easy until I got to the bottom of the rainbow and couldn’t stitch it together with one colour without it looking weird.  I decided to have a go at a cloud effect to mask the sewing together of the two pieces, but I’m not convinced it looks very good! 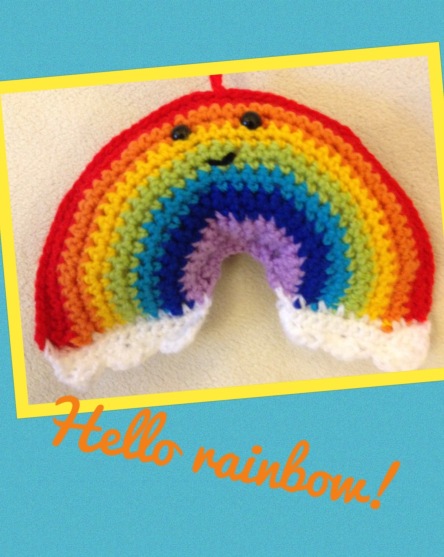 The sun was really easy: 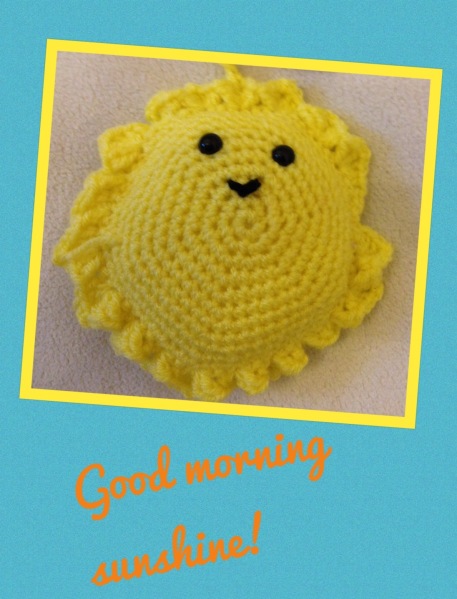 I attached them to two kebab skewers, but the weight is all wrong!  I haven’t quite figured out what to do with it yet.  I haven’t made it for anyone, so it will probably just live at the bottom of my craft bag for a good while! 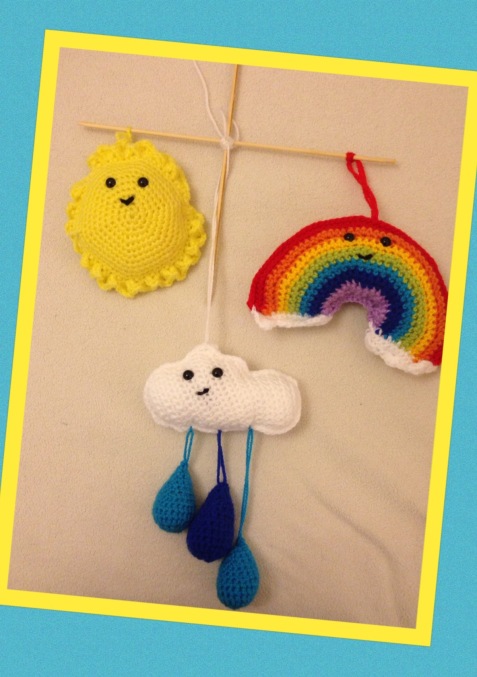 Speaking of craft bags, I really wanted a new bag to carry my WIPs around.  I looked in hobbycraft and was horrified to discover they were £18!  Just because its marketed as a craft bag they inflate the prices outrageously.  I was looking for a cheaper alternative and found this really colourful cooler bag in Home Bargains for £2!  it’s big enough to carry loads of stuff and I LOVE the design!  Win win!

Once the mobile was done, I decided I wanted to have a go at a C2C (corner to corner) blanket.  I had been seeing some beautiful examples on the Bella-Coco facebook group I’m part of and lots of members had mentioned that variegated yarns work beautifully with it.  I’d been looking for an excuse to use the beautiful yarn I had bought on a whim a few weeks ago, so it worked out just perfectly.  To say the C2C is easy would be an understatement.  Once you’ve grasped the concept, its the kind of project you can do with your eyes closed (well, not quite).  It builds up so quickly, you really feel you are achieving something with it!  I even managed to get loads done on my way to Birmingham on Thursday travelling to Crufts!  Here it is so far: 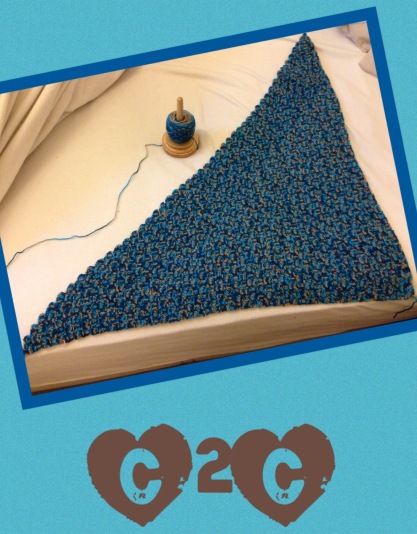 I have several other projects on the go at the moment.  I’m ashamed to say I have in no way stuck to my ‘One WIP at a time’ rule……..

Will update you all soon!